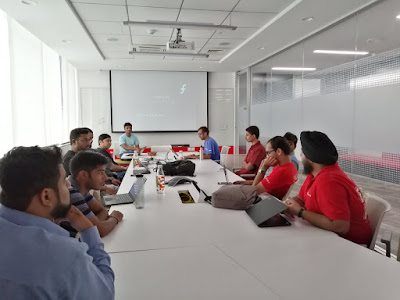 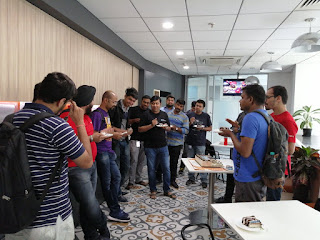 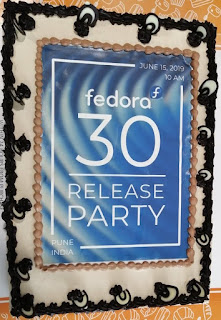 Then, there was a talk on Fedora CoreOS by Praveen Kumar after the break with a disclaimer that he is only the presenter, slides are prepared by Sinny Kumari. It was a great session with demo and a lot of interactions among attendees. After his session Kushal quickly discussed about QubeOS which was new to me and also interesting. Then we ended the event with Cake cutting to celebrate the release of Fedora-30.
Posted by Pooja Yadav at 13:11 No comments: