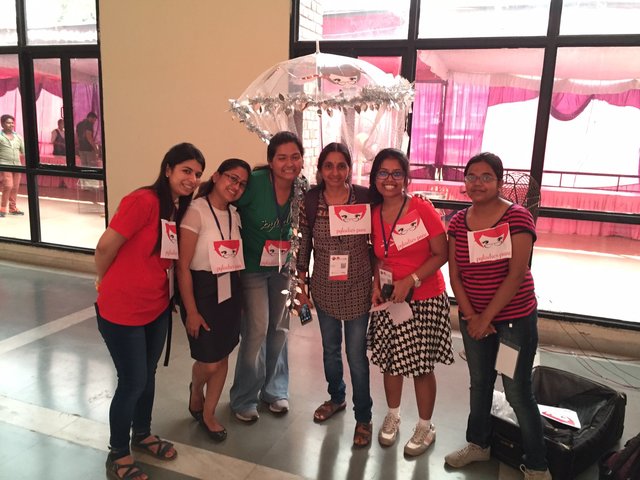 Pyladies, a chapter lost in the darkness got a spark in Pune(India) when Anwesha, Nisha, Rupali decided to open that closed chapter and lighten the Pyladies community with its light. Hats off to their courage as Anwesha and Nisha have small daughter, and it’s really difficult to manage anything with kids but still they are giving their time to Pyladies, I have to learn a lot from them as in this busy world why would anyone care of about anything so much, especially when it has lost its existence. But these ladies reopen the Pyladies-Pune Chapter and made it a success. A community which was unknown in India a few days back, is now known and people are talking about. They want to know more about it, want to be a part of it and contribute in one way or other. All this happen after our efforts in Pycon. Pycon was a great success for  Pyladies, also Pyladies was one of the reason for which I went to Pycon India.


Pyladies, I came know about it when the Pune-chapter was restarted and I attended its first meetup in July. As I was also new to Python and programming, so I became a part of it and started waiting for the date of next meetup announced on the mailing list. Till now we are meeting once in month but can also think of twice in a month if possible. After we had started meeting regularly, we wanted Pyladies in Pycon India so that the people come to know about it, so we planned to set up a booth in Pycon India, but plans doesn’t go smoothly every time, and same was a case with us when Anwesha told us that she had applied for a booth in Pycon India in August and they have  refused us to give space as there is no space available for the Pyladies booth as we were not the sponsors  and here comes the sorrow :-( . Then comes Rupali like a life saver to Pyladies, offering us a space, as Red Hat was ready to give us space in its booth, then we were like no one can stop us from being a part of Pycon India, and there our faces were like :-).


So here come the day, we were waiting for 24th September 2015, and we were at JNU convention centre venue for Pycon. After registration I directly went to Red Hat booth where we were going to set up our Pyladies table. After inspecting the space I had a cup of coffee and then went for the Keynote by Baishampayan Ghose, by that time Anwesha and Nisha were also there, it was great keynote, learnt a lot from it. After attending the talk, we all pyladies rushed to the booth to set up our table. So first thing was that how to show our presence there, as we were not having pyladies t-shirt to promote it, but that problem was solved by Trishna, as she has brought pyladies print out. So we planned to put them on our t-shirts, and then we either pinned it up or paste it so that people came to know about it. We all quickly cut those logos and put them on our T-shirts.  These logos grabbed the attention of people present there. Then comes the Pyladies Umbrella which was a point of attraction for the public, thanks to Nisha for that, as she carried it along the way from Pune to Delhi. The leds present were not glowing when we switched it on, that was a little disappointment for us. Then Praveen came to help us, and he was successful in it, leds were lightening so were our faces. It was very beautiful, and that can be seen in the pictures as how everyone is posing with it, I liked it so much that I was the first to click a pic with it :P. 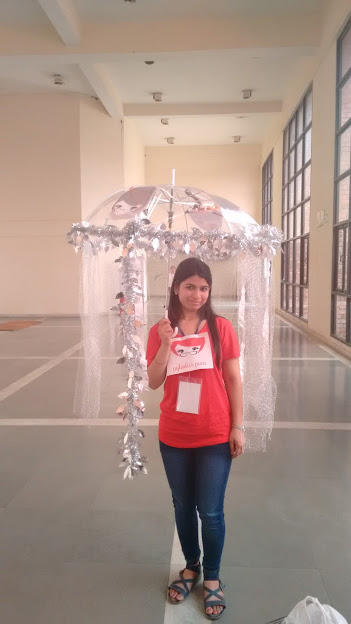 Then we started telling people what actually Pyladies is and how we are organizing meetups. Anwesha was going to people to tell them about Pyladies, I and Nisha were at booth for the people who were coming there, and answering their questions as we were new, and it was just a beginning, so many question were there for us like:
And many more………
Every question was answered and it was good to see that people are showing their interest in Pyladies. In between I attended few talks also and keynote by Van. So the first day ended explaining what we are and what we do at Pyladies.


Then comes the second day of Pycon, attended the keynote by Andreas Mueller in morning. After seeing such a great response for Pyladies, we decided for a talk in Open Space so that we can address everyone interested and can get some ideas and insights for our group for its further growth as we all were new. Janki helped us to get a space for us in open space. Kushal and Praveen helped to setup for the discussion. Paul Everitt, Jeff Rush, Van Lindberg and Dmitry Filippov were approached for it, and they were ready to give their time to our group, that was so sweet of them. 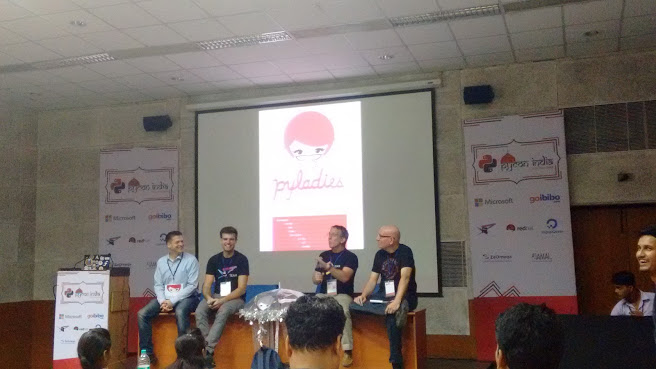 The talk was started with a brief introduction of Pyladies and its current state by Rupali. Then the discussion started which was really the best part of Pyladies in Pycon as we got a lot new ideas for our community and we were able to communicate our thoughts to the people present there about Pyladies. Paul, Jeff, Dmitry and Van shared their personal experience  and gave us the useful tips to make Pyladies a Success, they were also impressed by seeing us doing such a great job for our group. Then we distributed the slips where we have written the email-ids for joining Pyladies and the mailing list. So it was good session and thanks all for joining it and providing their insights. 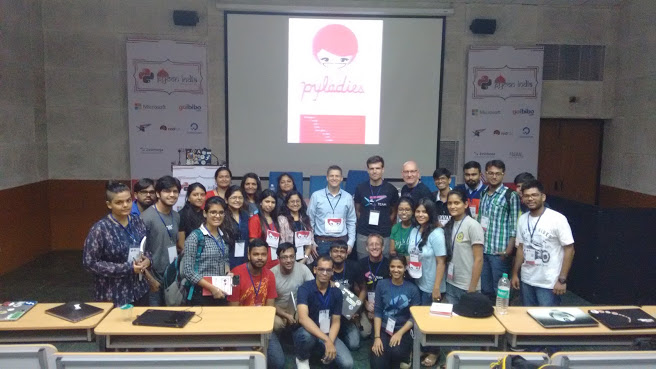 In the end there was a feedback session, where Anwesha asked for a space for Pyladies in next Pycon, hope we will get our space the next year for Pyladies. Thanks to all the Pyladies for making the event a success, and we all will take Pyladies to a great height. It was a great experience attending Pycon, looking forward for next year…...
Posted by Pooja Yadav at 20:39 No comments: 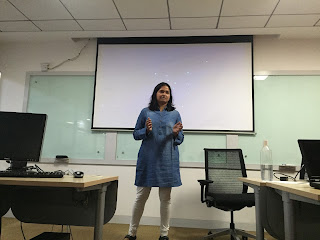 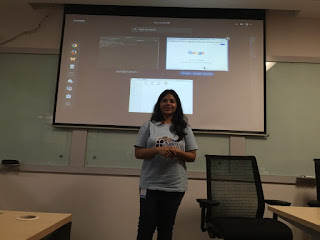 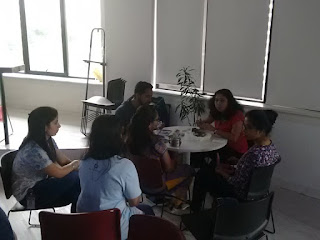 
Then we played with the code , Trishna assigned us to find the restaurants which have chinese cuisine and we all tried that ourself and found out one restaurants from above restaurants which have chinese cuisine => Deccan Harvest
After completing it we started playing with the code to find out the various other things like finding User rating, currency accepted, photo url for different restaurants. With this the event ended, with a discussion to meet next month.
Posted by Pooja Yadav at 10:40 1 comment: