On Sept 28,2017 we celebrated Fedora Women Day in D.Y PATIL COLLEGE OF ENGINEERING, Pune. As decided we all(Amita, Satyajit, Madhuri and me) were in office at 8.30 to leave for the venue. Amita booked a cab and we headed towards the destination. When we reached the college we were welcomed by Suvarna mam. Lot of things were going on there as they were preparing for some event, some construction work was also going on. All this reminded me of my college days and my memories as a student refreshed after watching the college students busy in different tasks.
Then we had a short break as they have to shift the audience to another room due to more number of participants then expected. After the break we were ready to start the event. It was nice to see that a major part of audience were girls. Then they welcomed us with the sacred plant “Tulsi”, it was an honor to get that.
After that we started with Amita’s talk on the topic “ Women in Open Source”. She started with a motivational discussion about the facts and myths which people have about women and that boosted up the stamina of each and every girl sitting there.  Then she covered What is Fedora and how they can contribute to it. She also talked about Women in Open Source Award and shared stories of some great women. After her talk was over she asked students to come up to give their intro, tell us how they feel about it and in which part they think they can contribute according to their interest. As the students were shy, again she pushed them a bit and promised to give awesome Fedora Women Day stickers :) and Fedora Live CD’s which Praveen gave us, thanks to him for that. Then two girls came up and share their ideas. It was really a very motivating talk by Amita. 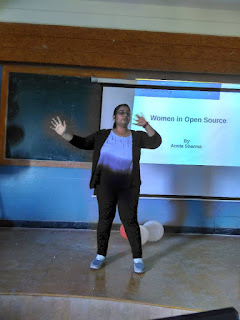 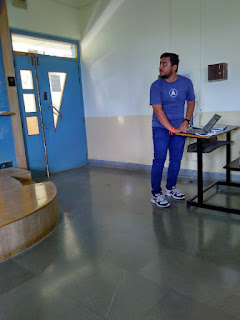 Next was Satyajit who was going to show how we can install Fedora in our laptop without messing up with the current OS or our data. As we have a discussion before with the faculty there that some student lost their whole data while installing Fedora, so here he come as a savior for those student. He very clearly explained and showed how they can safely install Fedora from an iso image without harming their data. He helped student to get started with Fedora as most of them were new to Fedora.

After Satyajit it was my turn to explain how they can install various packages and get started after installation of Fedora. So I introduced them to DNF. I gave a brief history of yum, dnf and about transition from yum to dnf. After this I showed them how they can install, update, remove packages using DNF. I gave them basic information about different commands and how they can see help or man pages. I asked some questions in the end and gave stickers to the audience. It was really a great experience with college students. 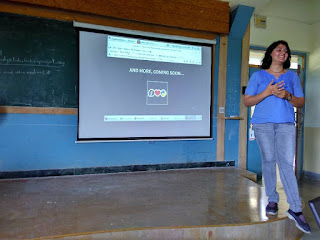 This event was very useful, as most of the student had this in mind that they can contribute only if they know coding. But this cleared all their doubts by giving them a detailed information about the different options available where can contribute according to their interest.

After these session we gave remaining CD’s and Stickers to the students and finished the event with a thank you note. Then after lunch we were back to our office.


It was a great experience and awesome event :-)