We had i18n FAD from 20-22nd Oct in Red Hat, Pune office. Developers and QE both participated in FAD(Fedora Activity Day). So we all were excited. All preparations were done, thanks to Parag. Sundeep, Pravin and other members for their efforts to make this happen. 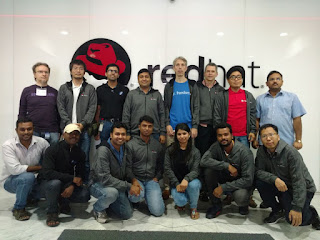 Day 1:
We started at 9.30. There was a introductory session by Pravin and Jens, followed by some logistics information by Parag. After this we started with planned sessions as all of us were going to discuss on the topics which we have planned by giving a small presentation.
First was Akira Tagoh who shared information about fontconfig , guidelines for defaults fonts and the tasks planned for FAD. Then Peng Wu discussed about Pango. After this we had a small break.
Fujiwara, Peng, Mike, discussed about input method, ibus. I got a lot of input from this discussions as I was going to work on Input Method Automation. Then Mike and Rafal discussed about locales. 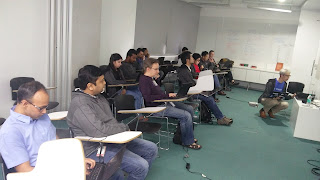 
Day 2:
Second day we started at 9, as everything was set and planned. We started working on our projects. I and Ompragrash were working on the Input Method Automation. So first we planned to do automation for GNOME application as well as libreoffice. So first task was to open the application in specific locale. So I decided to do for gedit and Ompragash took libreoffice. We took Korean and Chinese input method. In the first half we were able to automate to open the application in the specific language. 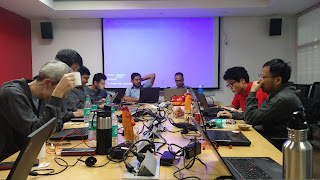 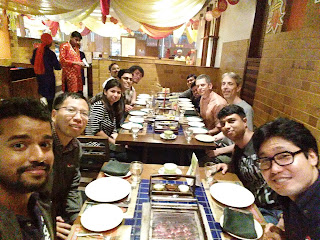 After this it was the party time, we went Amanora where we did bowling, everyone enjoyed alot. Then we had dinner at Barbeque Nation. It was a nice evening.

Day 3:
We started at 9:00 am in morning working on our pending tasks. We already had a session planned for Modularity, we had a good discussion about Modularity, got to know many new things. After Lunch we had Fedora 27 release party in RedHat office only. Many people join us for the party where had discussion about Fedora and modularity as this is the major change in Fedora. In evening we wrap with the demos and presentation of our project.

I found it very good as I got learn many new things and also got a chance to interact with people working on different technologies. After this FAD I know whom to contact if I have any issues related to i18n , this event was good to build connection. This will help us in future. 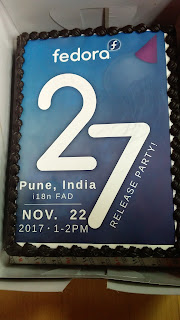 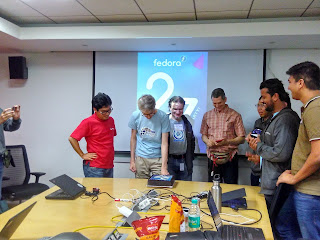 Looking forward for next year FAD.
Posted by Pooja Yadav at 10:59

Email ThisBlogThis!Share to TwitterShare to FacebookShare to Pinterest
Labels: Fedora